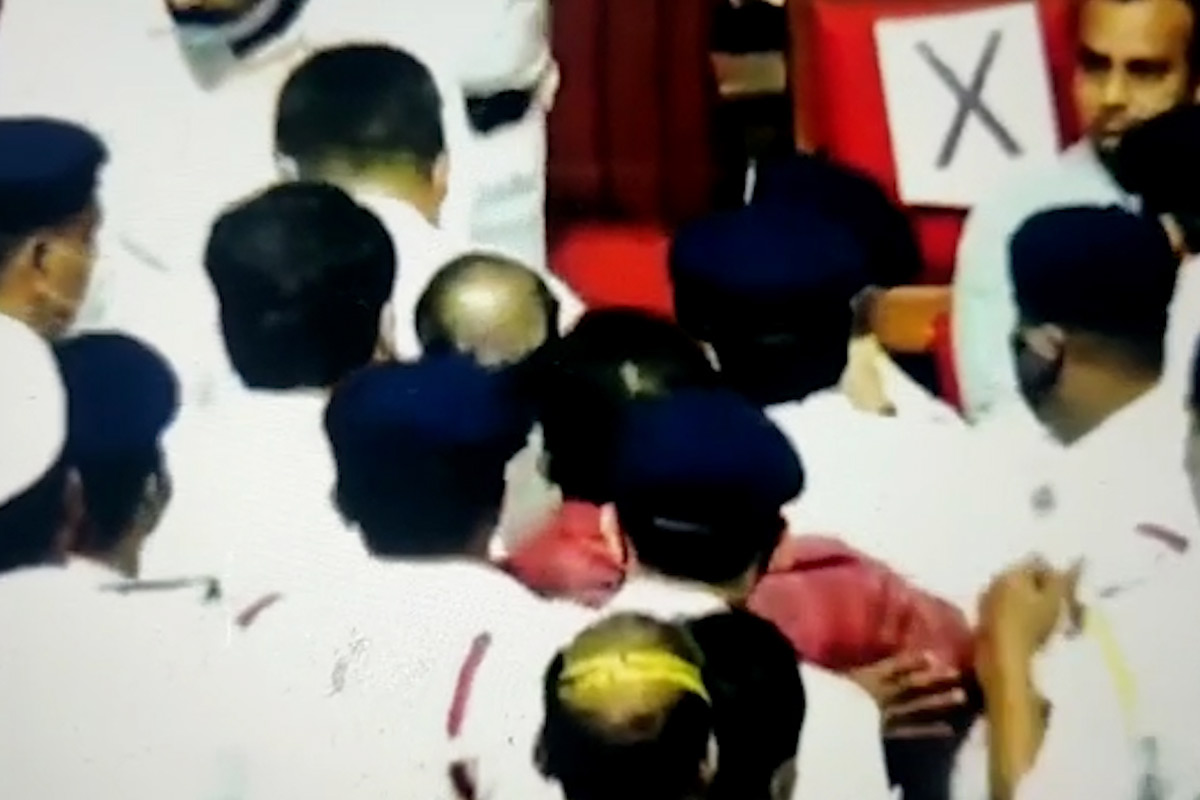 The drama began with a distrustful motion against President of Legislative Council, Prathap Chandra Shetty.

Just minutes after Karnataka’s legislature met on Tuesday morning, a riot broke out with congressional lawmakers opposing Vice President SL Dharmegowda taking office. When congressional lawmakers addressed Dharmegowda of the JD (S), the marshals were called in to intervene. However, BJP MLCs then attempted to withdraw the vice president on his chair amid the riot. The Council has now been postponed sine die.

The drama began with a distrustful motion against President of the Legislative Council Prathap Chandra Shetty, who belongs to Congress. Congress MLC claimed that the vice president forcibly occupied the chair after locking in Prathap Chandra Shetty. In the pictures, Naseer Ahmed and Narayana Swamy of the Congressional MLC are seen pulling the vice president out of his chair. While Dharmegowda is seen resisting, BJP-MLC is seen pulling him back into the chair. More than a dozen marshals are visible, trying to restore order and protect the vice president.

The Council was reconvened on 15 December after the Yediyurappa government asked the governor that it was necessary to pass important Bills in the Council. The controversial Karnataka Prevention of Slaughter and Conservation of Cattle Act, 2020, passed in the Assembly, was among those to be introduced.

The Council was also expected to accept the no-confidence motion the BJP has tabled against President Shetty, as the ruling party commands a majority in the 75-member Upper House. BJP leader in the Council Kota Srinivas Poojary asked Shetty to move the motion against him on December 11. Instead, Shetty suspended the House on December 10 after refusing to allow the motion, as it required 14 days’ notice. “In our opinion, because the council president (Shetty) does not enjoy the confidence of the House. He cannot interrupt the session abruptly when a motion against him and important Laws has to be passed,” Poojary told IANS.

K Prathap Chandra Shetty was elected President of the Legislative Council in November 2018 during the tenure of the 14-month JD (S) Congress coalition government. Vice President SL Dharmegowda, who was with the JD (S), was elected in December 2018.