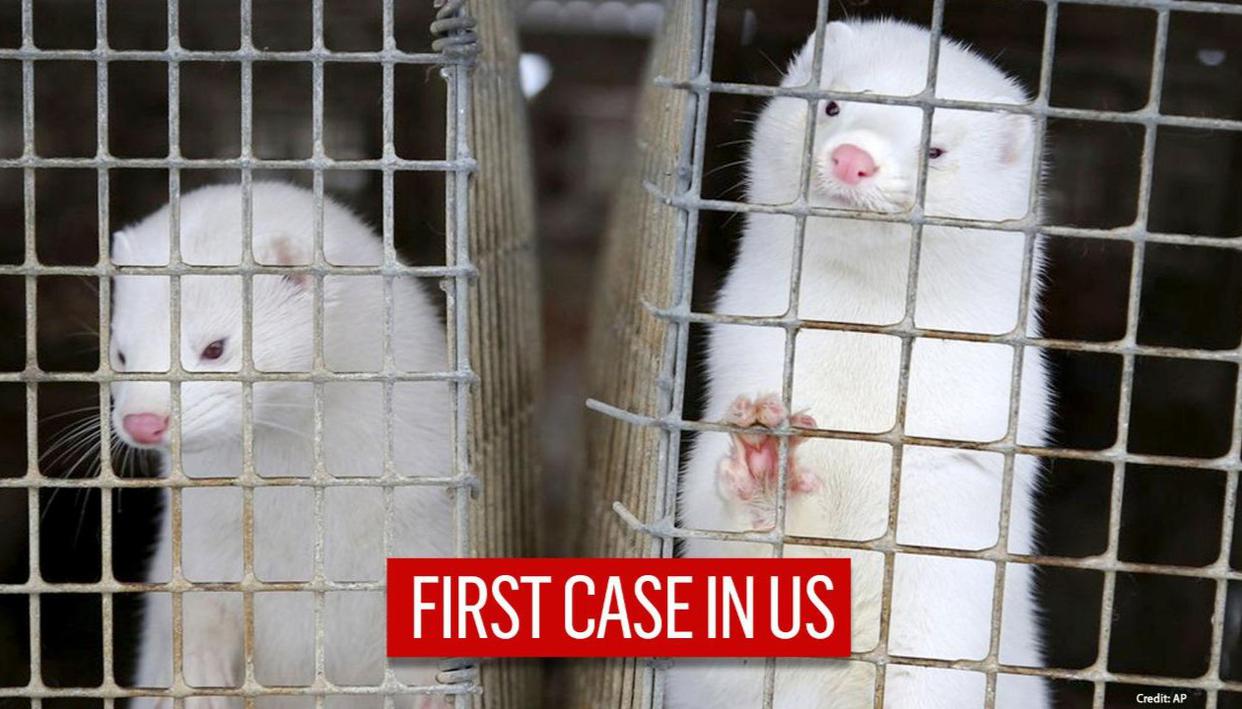 In the United States, the first case of coronavirus in mink has been reported around an infected mink farm in Utah, a U.S. veterinary official said in an alert to the International Society for Infectious Diseases. According to BBC reports, Dr Dan Horton, a veterinary expert at the University of Surrey, UK, said this was the first known discovery of the coronavirus in a “free wild mink”. Recalling the previous cases in Europe, this could further raise concerns about the spread of virus.

However, so far, there is no evidence that the virus has spread. Horton said the viral strain detected in the wild mink is similar to that found in the mink that was caught on a nearby farm. Also no other animals so far have shown positive around the infected farm in the United States.

Read: The World’s Largest Fur Auctioneer To Close After A Link Between Covid & Mink Is Discovered

The case in Italy is also similar, as the national administration banned mining until next March. Italian Health Minister Roberto Speranza signed a declaration on 23 November banning mink farming. Italy has a small population of farmed mink compared to other EU countries, the health agency said. However the government decided to adopt the policy of maximum prevention amid the growing fear. Millions of farmed mink were killed across Europe after Denmark confirmed that more than 200 people had been infected with mink-related coronavirus strains. The cases also included 12 people who developed a lower sensitivity to the neutralizing antibodies COVID-19.

Earlier, Denmark’s health ministry said the mutated version of the new coronavirus from Danish minks “was most likely exterminated”. The ministry said no new cases of the ‘Cluster 5’ mink mutation had been reported since September 15, so the Danish infectious disease authority SSI concluded that the new variant was most likely to be eradicated. Denmark has ordered the killing of 15 to 17 million minks in the country to prevent the spread of the coronavirus variant.

Read: US Imposes Sanctions On Another Turkey For Purchase Of Russia’s S-400 Missile System

In a separate development, the world’s largest auction house, Copenhagen Fur, has announced it will close after the government’s order to kill the country’s mink population for fear of mutation. According to CEO Jesper Lauge, this means 300 people will lose their jobs. The mutated version of COVID-19 was detected at mink farms in the North Jutland region of Denmark, after which authorities ordered the animals removed. This is not the first time COVID-19 cases have been detected in minks. Previously, mink farms in Spain and the Netherlands also reported COVID cases among animals and staff members. Officials in both countries also chose to kill the mink population on farms, where the cases were detected to prevent further human-to-human transmissions.