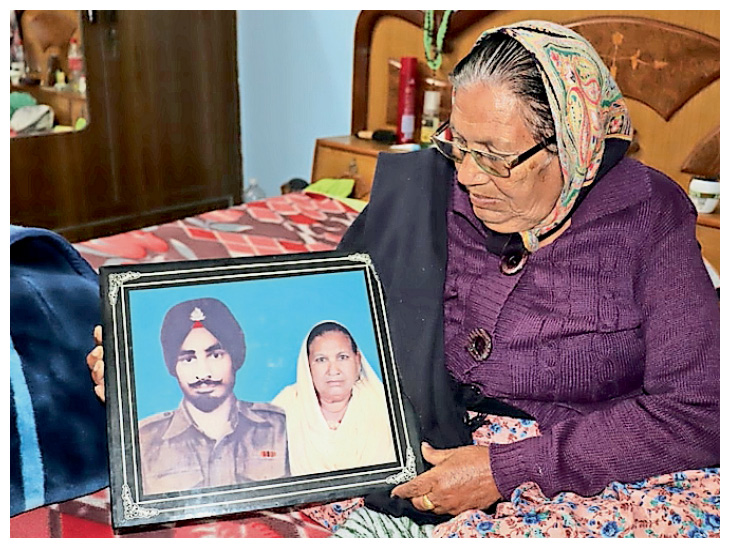 The picture in the frame is of Mangal Singh. It was pulled in 1971. Mrs. Satya Devi looked at the same photo.

The story of the struggle of 75-year-old Satya Devi is an example for ordinary women. Her husband Mangal Singh was arrested by the Pakistan Army in 1971. At that time, Mars was 227 years old. Satya had two sons in her arms. One was 3 and the other was 2 years old. Since then, Satya has been waiting for her husband for decades.

As the children grew, so did the husband. After nearly a year of sending many letters to the Indian government, the results of his efforts were paid off. Now, 49 years later, a letter from the President’s Office informs Satya that her husband is alive. It said he was in Pakistan’s Kot Lakhpat Jail on Tuesday. Efforts will be made to expedite his release by talking to the Pakistani government.

The son’s eyes were filled with memories of his father
Satya and her two sons have been searching for Mars for the past 49 years. Remembering his father, retired Daljit Singh of Darauli Khurd spoke to Bhaskar when tears welled up in his eyes.

He said, ‘It is a matter of 1971.1, when his father was shifted to Kolkata for the post of Lance Naik in Ranchi. Suddenly duty began on the Bangladesh front. One day in 1971, a telegram came from the army that a boat carrying soldiers sank in Bangladesh and all the soldiers, including Mangal Singh, were killed. Then in 1972, on the radio in Rawalpindi, Mangal Singh announced that he was OK. He had been looking back ever since. At that time we pressed for release but could not get any help.

The wife hoped for a release
But with the determination of Satya Devi, Mangal Singh returned to India. Satyadevi said that before this many governments had gone and many had come, but there was no help. It is now said that there is hope that the husband will be released.

Daljit said that his father Kot Lakhpat was in jail when I was three years old. In September 2012, it was reported in Bhaskar that 83 Pakistani soldiers were in Pakistani jails and Mangal Singh was one of them. After this, Satya Devi started writing letters to the government and now in December 2020, the response to these efforts has been received.