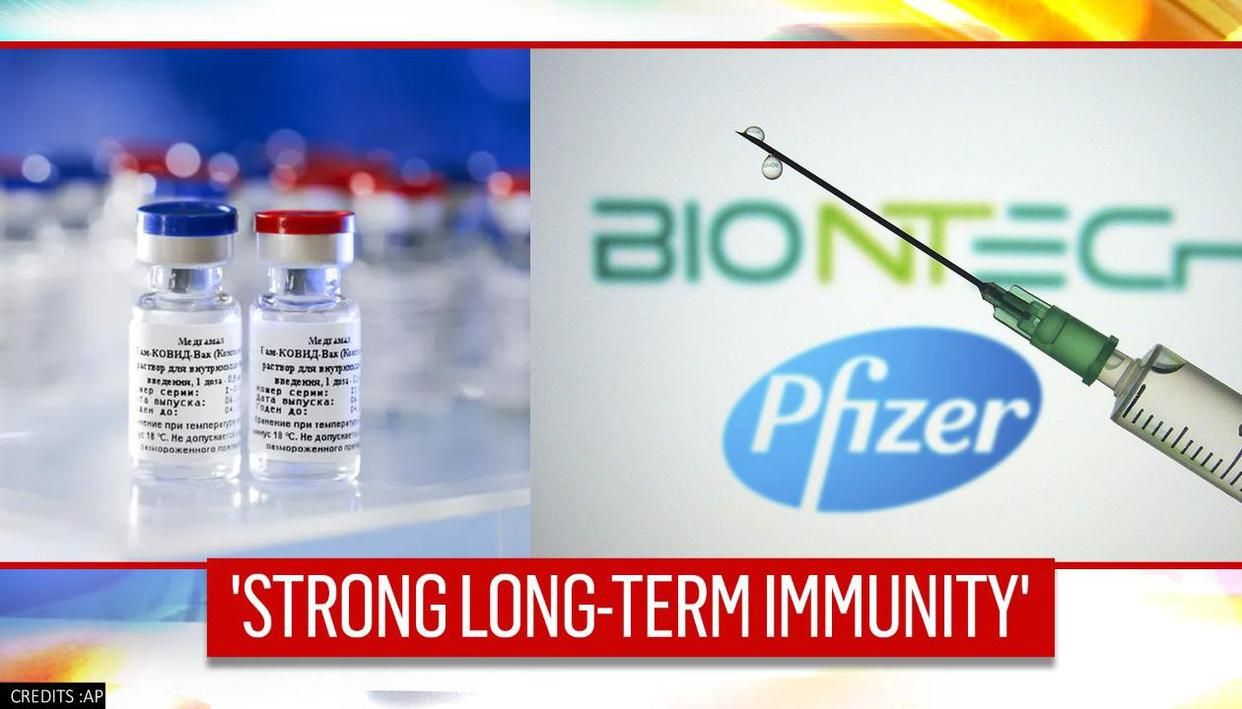 Developers behind the Sputnik V coronavirus vaccine have claimed that the shot provides immunity against the SARS-CoV-2 infection for at least 2 years, unlike Pfizer, which gives only 3 to 4 months of protection. Alexander Gintsburg, head of the Gamaleya Research Institute of Epidemiology and Microbiology, said the Pfizer and BioNTech vaccine is unlikely to offer protection for more than five months, while Sputnik V, created on the platform also used for the Ebola vaccine, provides longer security, Gintsburg told the channel Soloviev Live according to TASS. Gintsburg added that Sputnik V recorded 96 percent efficacy, which exceeded 95 percent on the 42nd day after the first dose.

Meanwhile, in an official press release, the Gamaleya Center team claimed that the interim efficacy based on the results of double-blind, randomized, placebo-controlled Phase III clinical trials on 26,000 volunteers was estimated at over 95 percent. According to the institute, the Sputnik V vaccine achieved the effectiveness of 91.4 percent among those who were administered two shots of the vaccine on the 28th day after the dose. Sputnik V has currently approved its Phase III clinical trials and continues in Belarus, UAE, Venezuela and other countries, as well as Phase II-III in India.

The National Research Center for Epidemiology and Microbiology, NF Gamaleya of the Ministry of Health of the Russian Federation (Gamaleya Center) and the Russian Direct Investment Fund (RDIF, the sovereign wealth fund) stated that the vaccine is based on a safe and proven platform of human adenovirus vector immunity will be priced somewhere around $ 10. ”Results that the Sputnik V vaccine demonstrated during the Phase III clinical trials support our confidence in its high efficacy and complete safety for health. This is especially important when it comes to the onset of large-scale vaccination. of the population, ”emphasized Alexander Gintsburg, director of the Gamaleya Center. He stressed that the vaccine is most effective in reducing the scale of a pandemic and creating a strong long-term immunity to coronavirus infection.

#SputnikV uses 2 different human adenovirus vectors for 2 vaccine shots to ensure that immunity to the 1st does not make the 2nd less effective. We proposed @AstraZeneca use one of our vectors so that they also have two vectors in their vaccine. AZ confirmed. https://t.co/ft4ULcD4T5