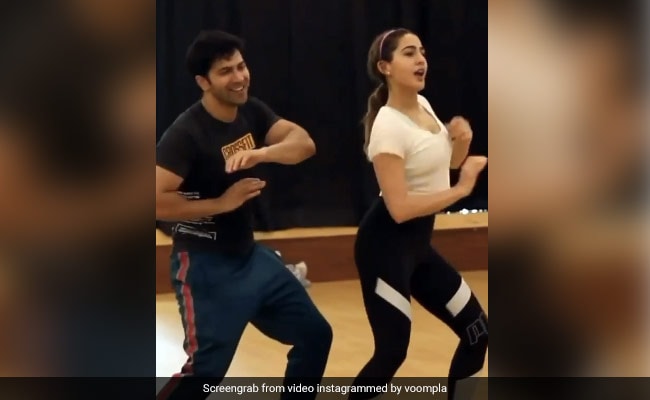 Famous Bollywood actress Sara Ali Khan and actor Varun Dhawan’s song Husna Hai Suhana has been released, which was also rumored on YouTube. Recently, the rehearsal video of the song ‘Hasan Hai Suhana’ is also getting a lot of headlines, in which Sara Ali Khan and Varun Dhawan are dancing together. This video of Sara and Varun has been shared by Vompala with her Instagram account, which has received more than 1,138 likes and comments so far. Fans are also praising Sara and Varun.

Sara Ali Khan and Varun Dhawan are rehearsing the song ‘Husna Hai Suhana’. In the video, both dance stages and styles are also admirable. Apart from rehearsals, Sara and Varun also seem to be having fun together. The chemistry between the two looks amazing during practice. Talking about Sara Ali Khan and Varun Dhawan’s Hussain Hai Suhana song at the same time, it has been viewed more than 622 lakh times on YouTube. Also, the song is number six on YouTube.

Please tell that Sara Ali Khan and Varun Dhawan’s’ Coolie no. 1 ‘will be released on December 22 this year. The film is directed by David Dhawan. Paresh Rawal will also play the lead role in the remake of Govind and Karishma Kapoor’s Coolie Number One, which came out in 1995. Apart from this, Sara Ali Khan is also seen playing the lead role in the film Atarangi Re. Related videos have also gone viral on social media, with Sara and Akshay shooting together.