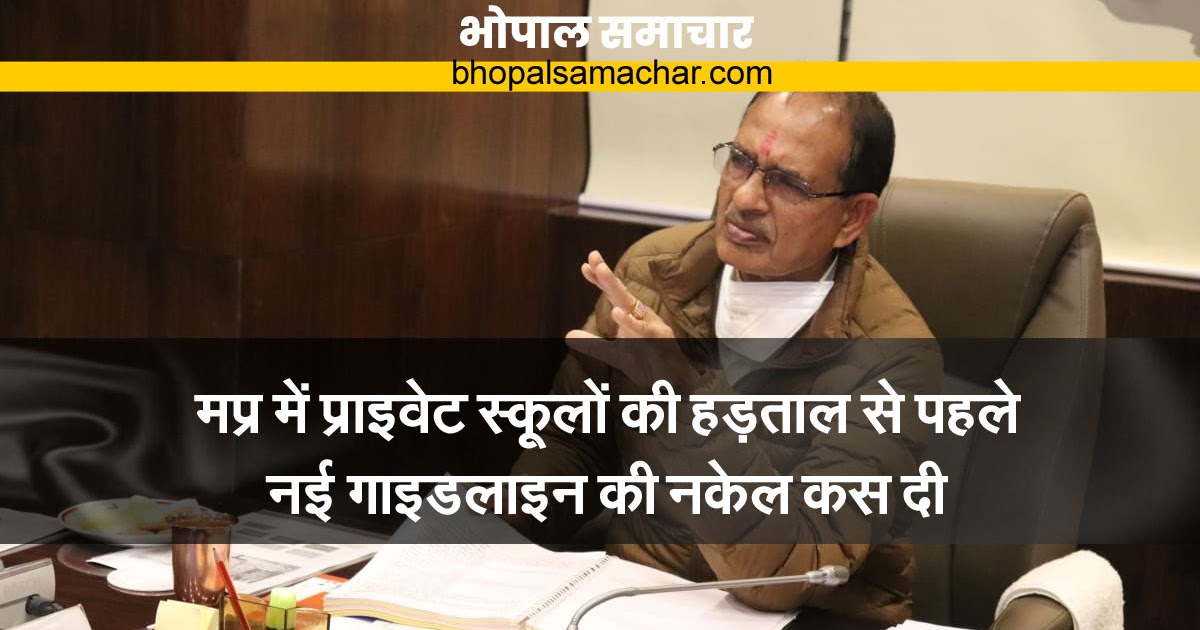 Bhopal. Private school operators in Madhya Pradesh have gone on strike against CM Shivraj Singh Chouhan’s closing education session. The chief minister had two options. A small group of private school operators and millions of parents on the other side who were not announcing the strike but were watching the government to see if the chief minister would come under pressure. It is estimated that the Chief Minister has tried to understand the plight of millions of parents. New guidelines have been issued for private schools.

A gazette of new guidelines for fees was also announced

The government has issued new guidelines using the Madhya Pradesh Private School Fees and Related Subject Regulation Act 201. It has also been published in the Gazette. The Department of School Education has also demanded a balance sheet for three years from 2017 to date. Based on this, the department will also review the fees charged by the school in three years.

Approval must be obtained from the district committee

This will also happen in the New Testament