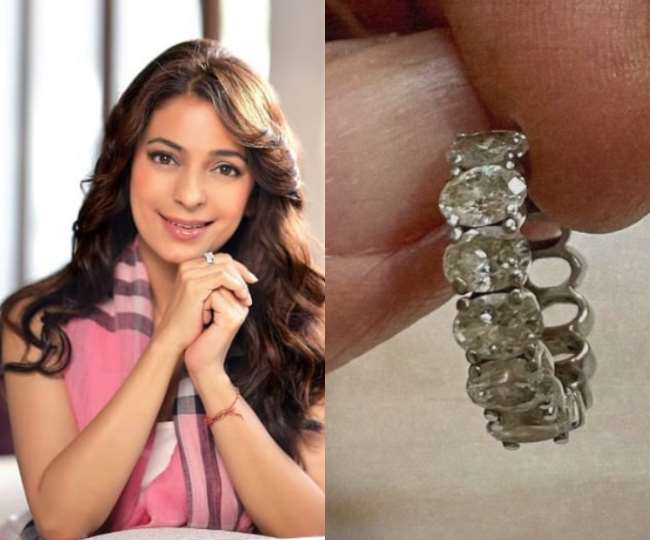 New Delhi A tweet of Bollywood actress Juhi Chawla is going viral on social media. In this tweet, Juhi is begging people for help. Juhi’s tweet is not a simple tweet, but in this tweet she is telling people about her problems and openly seeking help from them. In fact, the actress has lost her earring which has made her very frustrated. The actress shared her problems with the man and said that if anyone found and brought the earring to her ear, she would also give a reward.

The actress also shared a photo of Jhumka on her Twitter account in which she wrote, ‘This morning I was going to gate number two at Terminal 2 of Mumbai International Airport. I checked in at the Emirates counter, security was checked, but somewhere in between my diamond earrings fell off. If anyone finds me an earring I am very happy please report it to the police too, I will reward you. This is my matching piece, I have been wearing it for the last 11-15 years. Please help me find it. Thank you ‘. Juhi’s tweet is going to be very fast on social media.

Let me tell you, Juhi no longer lives in the limelight. An actress who drove everyone crazy with her beauty and acting in the decade of Beauty, now appears in some movies, not even as the lead actress. In 2019, Juhi appeared opposite Anil Kapoor and Sonam Kapoor in the film ‘Ek Girl Ko Dekh To Aisa Laga’. However, the actress is very active on social media. The actress’s Instagram is full of her photos and videos.