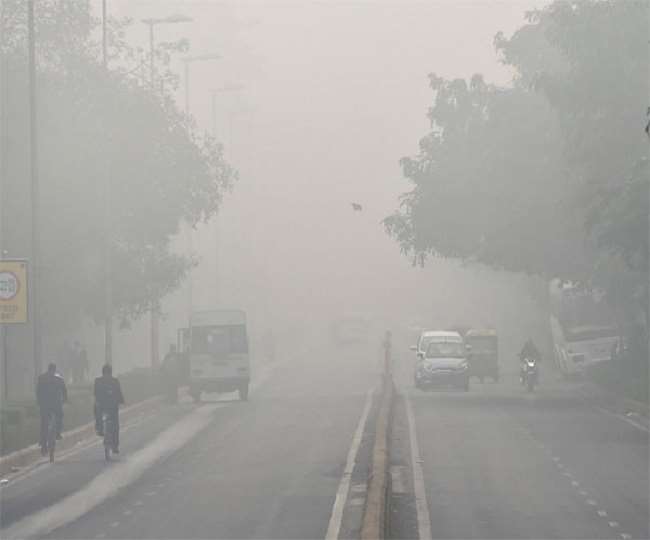 In Delhi, the temperature drops with cold winds

The minimum temperature in Kashmir and Ladakh is below zero

Outbreak of cold in Rajasthan

Outbreak of cold has increased in Rajasthan. The shift to Mount Abu went below freezing point on Sunday night. At the same time, heavy fog covered many areas of the state on Monday morning. According to the Meteorological Department, Mount Abu, the only mountain tourist in the state, recorded a minimum temperature of 0.4 degree Celsius on Sunday night. According to the Meteorological Department, winter fog covered Vikonar, Ganganagar, Hanumangarh, Churu, Jhunjhunu and Sikar districts of western Rajasthan on Monday morning. The maximum temperature in Rajasthan had dropped by two to three degrees Celsius on Sunday. On Sunday, thick fog enveloped Ganganagar, Hanumangarh, Bikaner, Churu as well as the northwestern districts of the state. Churu recorded the lowest visibility of 200 meters, while Ganganagar recorded the minimum of 100 meters. Fog has also appeared in most parts of Rajasthan on Monday.

Rainfall forecast in these states including Maharashtra

According to the meteorological department, Mumbai, Thane, Raigad, Vasai-Virar, parts of Madhya Pradesh and parts of the west coast are expected to receive rains in the next 24 hours. The intensity of rain will decrease till evening but it will remain cloudy and low visibility will continue. Maharashtra has received rain in some parts of Mumbai. Another 3-4- in Mumbai, according to the Meteorological Department. Light to moderate rain is expected for an hour. According to the meteorological department, light to moderate rainfall is expected in Konkan, Goa and some parts of central Maharashtra. Light showers are likely in Uttar Pradesh, North Chhattisgarh, coastal Karnataka, Kerala and Arunachal Pradesh. The rest of the country will have dry and clear weather.

Rainfall in many areas of Madhya Pradesh

It has rained in many areas in Madhya Pradesh. During the last two hours, it has rained in Bhopal, Hoshangabad, Indore and Ujjain divisions and in Jabalpur, Shahdol, Rewa, Gwalior and Sagar divisions.

The fog enveloped Punjab, Haryana and Chandigarh on Monday. Amritsar, Ludhiana, Bathinda, Pathankot and Bhiwani were covered with thick fog in the morning. Night temperatures remained normal in most places. According to the Meteorological Department, the drop in temperature can be seen in Amritsar, Ludhiana and Patiala in Punjab today.

Fresh snow fell in the upper part of Himachal Pradesh during the last 2 hours. At the same time, light rain was seen in some places in the western part of Uttar Pradesh. In many places, there was thick fog.