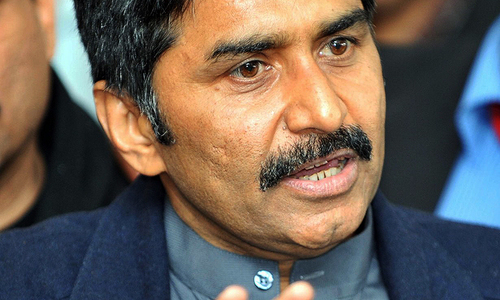 ISLAMABAD: Beating legend Javed Miandad believes Babar Azam’s absence should not haunt Pakistan in the Twenty20 series against New Zealand, saying that every player who has a chance should have the confidence to perform for the team.

Right-handed Babaro was ruled out of the New Zealand T20s after suffering a fracture in his right thumb during a Sunday practice session. The 26-year-old captain will not be present for nets for at least 12 days and would be unavailable for the Dec18, 20 and 22 T20 to be played respectively in Auckland, Hamilton and Napier.

Miandad opined that every player on the team must have the faith to prove their courage and the absence of any single player should not haunt the whole team.

“Babar is our key player. No doubt his absence will affect the team as he is [Pakistan’s] best player at the moment. However, the team should not be repressed, as there are 11 players on the team who should all have the confidence to perform for their country, ”former captain Miandad said speaking to APP on Monday.

“If any player is injured or another, then others fulfill their responsibility in the team by performing when a victory is obtained when the entire team is performing.”

Miandad reckons the entire Pakistani team is capable of winning.

“All the players are as good as they are playing for the country. They just need to strengthen their confidence and whoever has the opportunity has to comply,” he insisted.

“According to the PCB statement Babar was injured on December 13 and will not play for 12 days, which is inexplicable. After 12 days, if he comes in the nets to practice on December 25, then it means he will not be available for the first Test even, which is on December 26, because you need time to practice and it will take 7 to 8 days for Babar to develop, ”Inzamam said in a video on his YouTube channel. “[Opener] Imam-ul-Haq also had a wound. He won’t be able to play for two weeks and can’t practice, which means he will also be out of the first Test. “