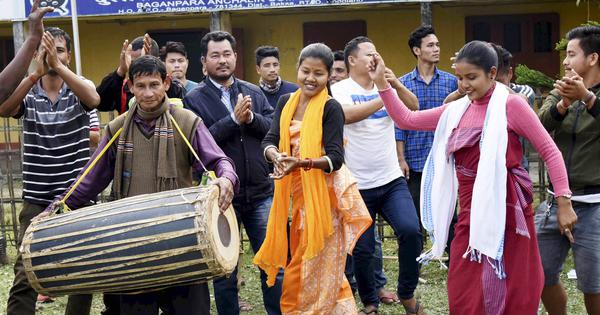 After 17 years, Hagrama Mohilary will no longer be head of the Bodoland Territorial Council. The autonomous council was created in 2003 after a peace treaty between the government and a section of the Bodo groups fighting for a separate state. Mohilary, then the leader of the armed group, the Bodo Liberation Tigers, was the face of the deal. Since then, Mohilary and his People’s Front Bodoland, the party that grew out of the armed group, have firmly held the four districts of Assam covered by the territorial council.

Now there is a new peace deal and a new leader – Promod Boro, who previously led the Student of All Bodo. In January, Boro became one of the main signatories of an agreement between the government and another thread of the Bodo movement. The Students’ Union All Bodo has agreed to “stop” its demand for nationalization. Marks from all four factions of the Bodoland National Democratic Front agreed to lay down arms. The agreement promised greater powers to the council, whose sphere of influence was now renamed the Bodoland Territorial Region. It also leaves the door open to changing the boundaries of the Bodo region. Home Secretary Amit Shah called it the “final and comprehensive solution” to the Bodoland movement, which has sparked decades of violence in Assam.

Boro’s victory is consistent with the old logic of a policy of reconciliation in the Northeastern states. For decades, uprisings have been backed by peace agreements with the government; demands for sovereignty and ethnic homelands were met with autonomous district councils. The group that signed the peace agreement took control of the new political arrangement.

But there is another important factor in Boro’s victory: the support of the Bharatiya Janata Party, which has made significant progress in the Bodo districts.

Despite the new agreement, Mohilary’s Bodoland People’s Front was the largest party in the recent council elections, winning 17 seats. But that was not enough to form a government in the 40-member council. Mohilary hoped for the support of the BJP, with which his party has a stormy alliance in the state government.

But the BJP, which this time increased its count from one seat in 2015 to nine seats, aimed for a new ally: Boro and the Liberal United People’s Party, which had 12 seats. Along with the Ghanaian Suraksha party, which has one seat, the new alliance will swear power on 15 December.

Meanwhile Congress administered only one seat. Its ally, the All-India United Democratic Front, which had four seats last time, fell. If this election is actually a “semi-final” for the Assamese elections, just a few months away, it is bad news for the opposition.

The BJP has poured extensive resources into its campaign for the council’s investigations, led by Himanta Biswa Sarma, a minister of Assam and the BJP’s leader in the North East. Sarma has attacked Mohilary’s government for corruption and failing to fulfill development promises. This was accompanied by joint charges directed at All India United Democratic leader Badruddin Ajmal, whose party is seen as representing the interests of Muslims of Bengali origin. When the Ajmal Foundation, a charitable trust, was found accused of financial irregularities, Badruddin Ajmal accused the police of action according to the orders of Sarma.

BJP’s gains suggest that the campaign worked and that the Citizenship Amendment Act did not preclude votes for the party. The act, which makes undocumented non-Muslim migrants from Bangladesh, Afghanistan and Pakistan eligible for Indian citizenship, sparked mass protests in Assam last year. For decades, politics in the state has been driven by the fear of migrants from Bangladesh – both Hindu and Muslim – displaced communities defined as indigenous. The law, feared in Assam, will regulate thousands of Bengali Hindus who have migrated from Bangladesh over the decades.

The aftermath of the protests promised to reshape politics in Assam, generating new parties and formations. There has even been speculation about a grand anti-CAA alliance to confront the BJP.

The districts of the Bodoland Territorial Region have a mixed population, including a large population of Bengali Hindus. But BJP’s resilience in the face of widespread resentment against the action has worried the opposition. Congress has now returned to the board, rethinking its alliance with the All India United Democratic Front, fearing it could damage its chances in a polarized electoral landscape.

As the opposition recalibrates its election strategy, it will have to answer a difficult question: what can it present to voters other than resistance to the CAA?

The advancement of BJP in Bodoland also suggests that its dependence on regional players in Assam is declining. In the 2016 assembly elections, it built a “rainbow coalition” of parties representing “indigenous” interests, from the Bodoland People’s Front to the Asom Ghana Parishad. While the saffron party deployed a common polarization in some pockets of the state, it primarily projected itself as an ally of the natives.

Currently the alliance with the Bodoland People’s Front remains at the state level, but the jury does not know how long this will last. Several reasons were put forward as to why BJP gambled with the alliance in the council’s investigations: personal rivalry between Sarma and Mohilary, the BJP’s desire to share the credit for the new peace deal with Boro. But perhaps, after four years in power, the BJP feels that regional allies are indispensable?